A journey from the past to the present

In April 1928 the “Städtische Krankenanstalten”, the communal hospital of Delmenhorst, was opened. The facility included not only a farm to provide self-grown food, but also the first regional “Infektionshaus”, a clinic for the treatment of infectious diseases. Mainly patients suffering from tuberculosis, a widespread disease also called “white plague”, were looked after in generous buildings, called pavillions, with wide balconies, providing excellent conditions for the treatment.

At the end of the second world war the population of Delmenhorst multiplied and the hospital had to be extended. The introduction of effective antitubercular medication led to a decrease in patient numbers, but at the same time more and more patients suffered from lung cancer (carcinoma) or malignant diseases of the pleura (mesothelioma) due to growing cigarette consumption after the war and an occupational exposition to asbestos in the wharves and the ports of the area, the danger of which was not known at that time.

This resulted in a growing need for medical therapy of pulmonary diseases in Delmenhorst.

Other benign diseases of the airways, like asthma, traumatic injuries and all kinds of infections, had to be treated frequently. Further development of non-surgical pulmonary medicine also led to advances in anaesthetic and surgical technique, allowing the removal of lung tumors and the control of complications, for example thoracic infections. This caused the establishment of thoracic surgery as a specialist field of general surgery.

Presently the Center for Thoracic Surgery and Intrathoracic Vascular Surgery attends to ca. 620 patient (inpatients and outpatients) per year with an annual increase of 20%. In 2007 a total of 349 patients were given operative treatment. Of these operations 38% were performed using minimal invasive techniques (“key hole procedures”). In 52% an approach of 8-10 cm length, just below the breast muscle was used and in 10% a combination of minimal invasive technique with conventional procedure was applied, a new method developed in this hospital. The average stay was 7,9 days long with an intensive care treatment of 1,3 days (in case of extensive lung resections).

The new patient wards, opened in 2008, with spacious, comfortable rooms, modern sanitary facilities, TV and radio in every room.

The north wing of the old building was converted to a modern outpatient clinic, conserving the architectural details.

For the surgical treatment the Center for Thoracic Surgery and Intrathoracic Vascular Surgery can dispose of adequate capacities in the modern intensive care unit, the operation theatres und the department for endoscopy.

A team of specialists is prepared to treat patients with all kinds of thoracic diseases:

All other than pulmonary affections are specially looked after by an interdisciplinary network of internal, pneumological, cardiological and anesthesiological therapists. Severe conditions are treated by the team of our intensive care unit. Patients with highly contagious diseases are cared for in a special unit for infectious diseases.

Very important for all operations are techniques to conserve lung tissue to achieve a maximum of pulmonary function after a resection has been performed. To that end modern methods of tissue-sparing resections and vascular replacement are regularly employed, allowing the conservation of functioning lung tissue, which otherwise would have to be removed. The quality of life after a tissue-sparing operation is significantly better, because the physical capacity is less incriminated. Methods of vascular surgery can also be used to treat congenital or acquired malformations of blood vessels. For that reason the department for thoracic surgery has been combined with the clinic for vascular surgery to form the Center of Thoracic Surgery and Intrathoracic Vascular Surgery.

New developments of the Center of Thoracic Surgery and Intrathoracic Vascular Surgery are procedures combining classical surgical and minimally invasive techniques, called “interventional surgery”. By using these methods of interventional surgery only small skin cuts are needed even for large resection, reducing the physical stress of the operation (pic. 16 und 17).

The Center of Thoracic Surgery and Intrathoracic Vascular Surgery has also developed several methods for the treatment of disorders of the diaphragma or its nerves.
Because the diaphragma is the most important muscle in breathing, its paralysis can cause a severe impairment. The proper function of the diaphragma can be restored using our new procedures.

A Survey of our medical therapies

A. Operative procedures are performed on

B. No operations are performed on

The implantation of small catheters allows a continious spinal application of analgetic medications for the efficient control of postoperativ pain.

Contacts and care for foreign patients are organised by the Bureau for International Medical Contacts.

To allow an advance review of all medical documentation, examinational results and pictures, these can be sent in by postal mail, air mail, e-mail or courier. The fastest way is communication via a-mail.

The preliminary evaluations of the possibility and good chances of operative treatment are free of any charge.

Costs for operative treatment (including the operation, preoperative examinations, postoperative monitoring, accomodation) vary according to the extent of the procedure.

We ask all patients, to check the coverage of the costs with their health-insurance and provide a written confirmation. If needed, an estimate of the expected costs can be given.

Payment and all financial transactions will be in Euro.

The Center is situated in Western Europe -> Germany -> Lower Saxony in the North of Germany -> Delmenhorst (near Bremen).

How to get to us by car

How to get to us by train

Get of the train at “Delmenhorst-Hauptbahnhof” (Delmenhorst main station), exit the station to the bus terminal (“ZOB”). Take the bus line Nr. 201 and exit at the bus stop „Wildeshauser Straße/ Krankenhaus“ directly in front of the hospital.

How to get to us by bus from Bremen

At the bus terminal beside Bremen main station take the Bahnbus to “Delmenhorst- Hauptbahnhof”. Change there to bus line Nr. 201 and exit at the bus stop „Wildeshauser Straße/ Krankenhaus“ directly in front of the hospital. 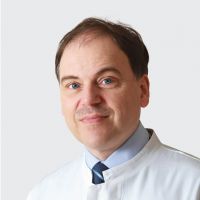